I love the idea of a thick, smooth pudding as an occasional alternative to the usual cakes, cupcakes, muffins, and brownies.  I thought I'd try making a tapioca pudding since my husband and I love those Asian dessert soups with tapioca.  This coconut tapioca pudding, which happens to be vegan, peaked my interest when I first saw it on  thekitchn.com.  So on a recent dark and rainy morning, I was in the kitchen stirring up a batch of this pudding.  It's my form of relaxation... 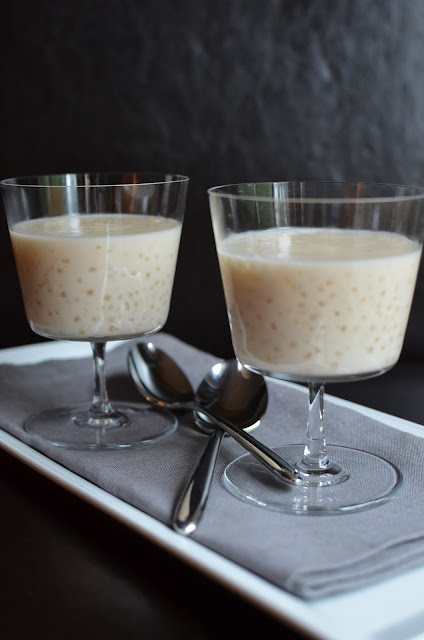 Ironically, I'm not a big fan of coconut but love the scent and taste of coconut milk.  This pudding is made up of 2/3 almond milk, which nicely balances out the richness that comes from a ratio of 1/3 coconut milk while still allowing plenty of coconut flavor.

This recipe uses agave syrup as the sweetener - a first for me.  To tell you the truth, I'm not sure I'm a fan of it right now.  I had to get used to what I'll call the caramel-like flavor to the agave, which I thought was a bit too overwhelming at first.  But once the pudding had a chance to sit and the flavors get to know each other, I was happy that the agave mellowed and the coconut flavor was able to stand out.  In all honesty though, I still prefer granulated sugar right now. 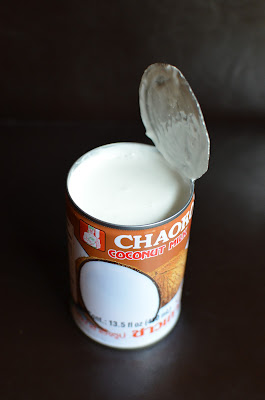 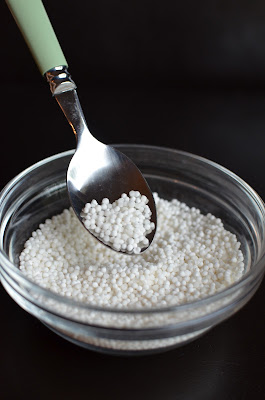 I love tapioca so I thought this pudding was a nice change up from the usual dessert.  This pudding can be eaten warm/near room temperature or chilled so it's nice any time of the year.  You add a little cornstarch slurry to thicken it up at the end and I think you could even do without that if you're familiar with and into that kind of dessert soup that we like.

The recipe suggests a garnish of smoked black sesame seeds over the top of this pudding and I bet that would work wonders to give it a nice crunch and smoky flavor against the sweetness.  I didn't have smoked sesame seeds but the suggestion inspired me to add a little something crunchy alongside it.  On the day I made this pudding, I also made those hazelnut croquants so I paired them together.  Now, if I'd made almond croquants, I think it would've been perfect asa highlight to the to almond milk in the pudding.  But I made do and ate some pudding and followed it with a few crunchy bites of the croquants. 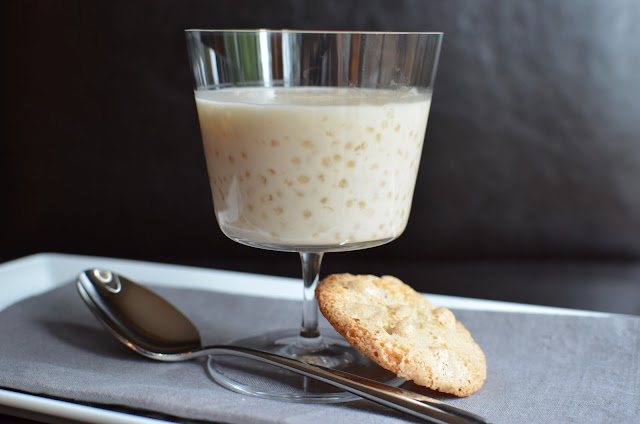 It's always nice to try something new...

The recipe for this coconut tapioca pudding starts with 1/3 cup of tapioca pearls soaked in a cup of almond milk overnight, or at least 4 hours.  When I think of soaking tapioca or sago, I think of all the starch that leaches out into the water so I actually gave the tapioca a quick rinse before soaking them.  If I were to make this again, I might even try soaking the tapioca in water and then rinsing and discarding the starchy water afterwards before proceeding with the rest of the recipe.  But that's just me; for some reason, that starchy water bothers me. 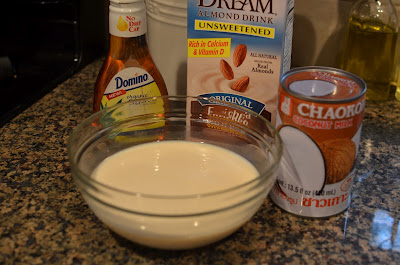 When you're ready to cook the pudding, pour the tapioca with the almond milk into a saucepan and add another cup of almond milk to it.  I used unsweetened almond milk but regular would do fine.  Warm the tapioca and almond milk over medium heat, stirring occasionally, until the pudding begins to boil.  Then add a cup of coconut milk, followed by 1/4 cup agave syrup, and a teaspoon of vanilla extract. 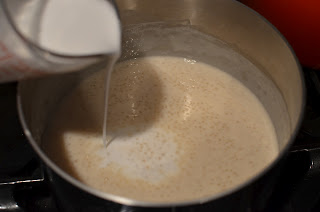 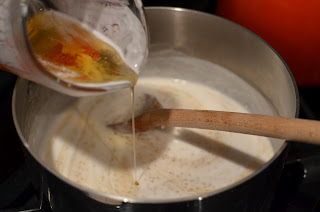 Continue cooking, stirring continously so the tapioca doesn't scorch, for about 10-12 minutes.  To thicken the pudding, make a little cornstarch slurry by stirring together a teaspoon of cornstarch with a tablespoon of cold water.  Add this, along with a pinch of salt, to the pudding and stir together for about 5 minutes. 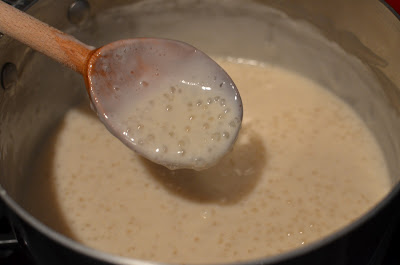 Remove the pudding from the flame and transfer it to individual serving dishes or into a big glass bowl to cool.  The pudding is best after the it has a little time to settle and the flavors have a chance to meld together.  Let it cool about an hour or two before eating.  I chilled most of it in the refrigerator and we ate it cold (it is almost summer, afterall!) but I tasted it at room temperature and it was very good that way. 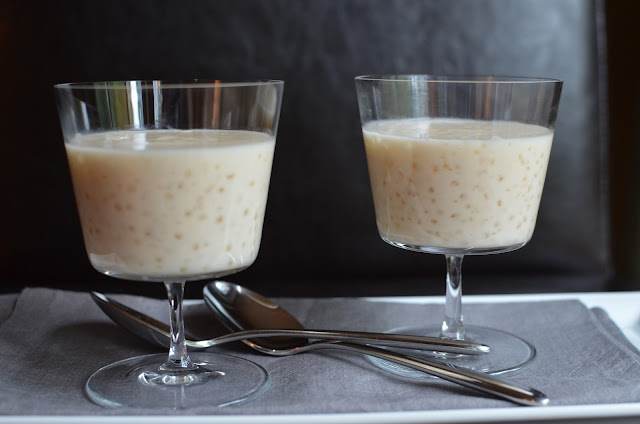 Soak tapioca pearls with one cup of the almond milk overnight or at least 4 hours.  When you're ready to cook the pudding, add the other cup of almond milk to the tapioca and almond milk and warm it in a saucepan over medium heat, stirring occasionally.  Cook until the pudding begins to boil.  Add coconut milk, agave, and vanilla and cook for another 10-12 minutes, stirring continuously.

Add the cornstarch-water mixture and salt, cooking and stirring for another 5 minutes.  Remove the pudding from the heat and transfer to individual serving dishes or into a large glass bowl.  Let cool for about 2 hours before serving.  Or chill in the refrigerator and serve cold.  Before serving, sprinkle smoked sesame seeds for garnish (or like me, serve the pudding with a crunchy cookie on the side).