Teenager in the house!

When June comes around, my mind is all wrapped up around my son's birthday.  Plus, June is always an exciting time - with Father's Day, the start of summer and the end of the school year.  The days are longer, and there's a different energy in the air around here. 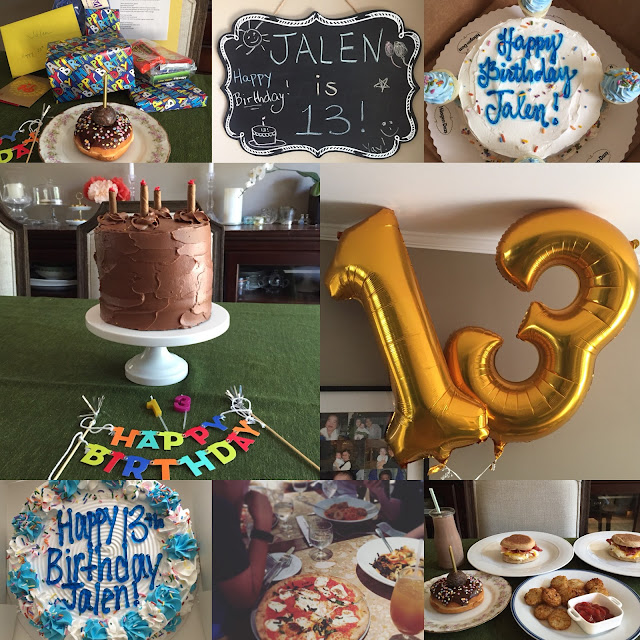 This year, my son's birthday was actually on Father's Day so it essentially eclipsed the holiday; of course, my husband didn't mind one bit.  And now, after the celebrations and affirmations, we officially have a teenager in the house!  It's hard to believe the infant who wouldn't nap for more than 25 minutes at a time is now nearly as tall as I am and morphing into a young man.  The same goes with his friends, many of whom we've known since kindergarten.  This growth is truly an amazing thing to witness.

I thought my son turning 10 was a big deal but at 13, it really felt like a *moment*.  Not to make it all about me...but I'm now the mom of a teenager and I approach it with equal parts trepidation and excitement.  In all seriousness, every day and every year is a gift and birthdays are a great time to celebrate a person and let them know how important they are and how much better the world is because they're in it. 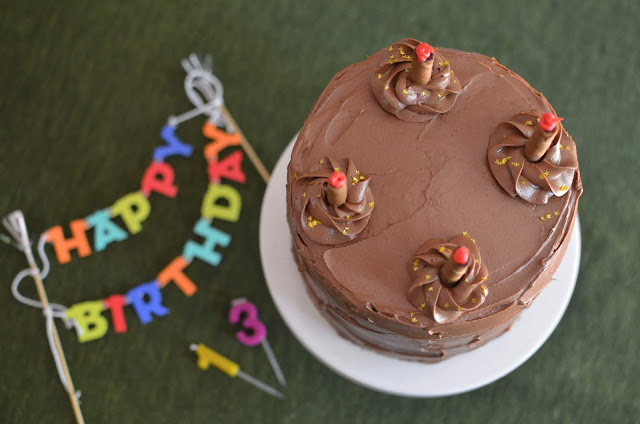 When it comes to birthday festivities, of course there's cake involved!  Why have one cake when you can have 3?  We started off with 2 ice cream cakes...because you can't beat that when it comes to kids birthdays, particularly those in the summer.  One came from a local ice cream shop and we picked another fun one from Haagen Dazs.  We cut into one during a cousins pizza party night we had at the house about a week before the birthday; we took the other one to a restaurant where we celebrated the birthday boy on the eve of his day with a few of his friends. 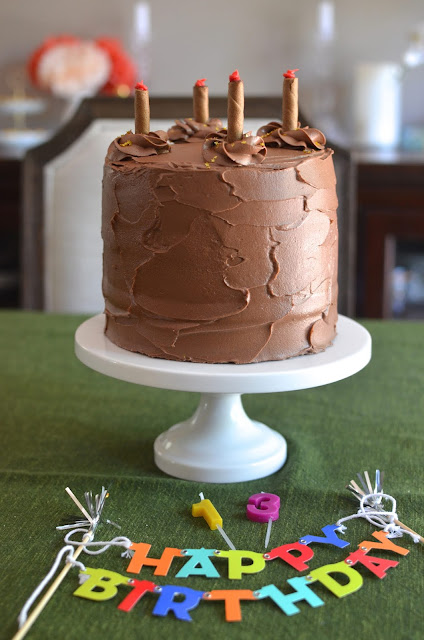 Finally, I had to make a cake, too, because I really wanted to.  I went with chocolate, of course.  The young fella and I are very much in sync when it comes to desserts and our preference for chocolate.

I decided to make the fabulous Chocolate Heaven Cake from Cheryl Day.  I've adapted the recipe in the past as cupcakes and this time, I divided the original cake recipe in half to make a 6-inch round cake.  We didn't need a huge cake but I thought it would be fun to make it a tall one, 3 layers instead of the typical 2-layer I usually make. 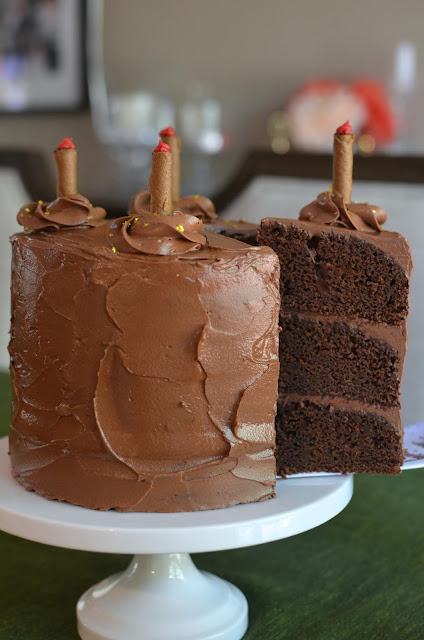 Having more cakes means more chances to celebrate, to sing happy birthday, and blow out birthday candles.  All the cakes were devoured and while you can never celebrate enough, hopefully the newly minted teenager felt the love in all the little ways we tried to show it.  Here's to our new teenager!  May this next chapter of his life be better and sweeter than ever.