This Sunday is Mother's Day!  I want to wish all moms out there a very happy and relaxing day! 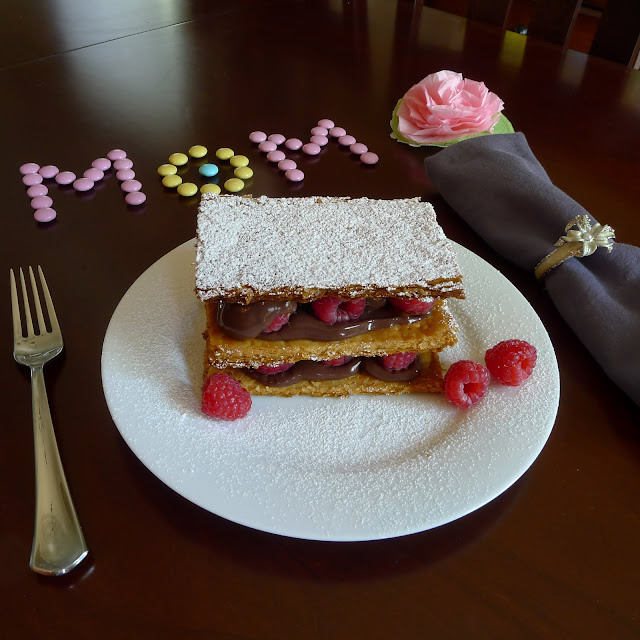 Becoming a mom has certainly changed my life for the better.  I'm never bored and my son has given me a gift that I can't repay him for.  So I don't need anything for Mother's Day but I wanted to make something special for the occasion.  If you're looking for something sweet to make for mom, consider this raspberry napoleon using the chocolate pudding we made earlier.  But if mom doesn't like sweets, take her out to dinner instead. 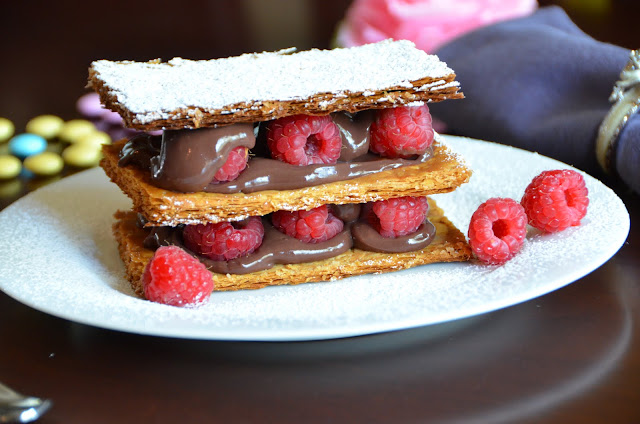 Making and eating this napoleon reminds me of a restaurant I went to a few times back when I was working at my first full-time job after graduating from college.  My boss at the time introduced me to this place, an Italian restaurant on Restaurant Row (near the theatre district) in NYC.  It was his favorite restaurant and we ate there several times, taking clients, and then to celebrate his birthday one year with a bunch of people from work.  I distinctly remember this meatball soup in a clear broth that I loved and after dinner, you could go upstairs to their cozy little lounge and have a cognac or some other drink...but I'm getting sidetracked.  What brings me back now to this restaurant is the napoleon dessert they served there.  The waiter would bring this dessert to the table and he would take 2 spoons and tap one spoon on top of the other and like a knife, the second spoon would cut straight through the napoleon perfectly.  It was awesome.  The napoleon was so crisp and light.  I went there also with my sister and our husbands and my sister loved their napoleon (I always go for the chocolate dessert).

I'm afraid the recipe here does not allow for cutting with a spoon in that same manner but it's still good.  I think the restaurant version may have used phyllo dough instead of puff pastry because it was much thinner and crisper.

To assemble this raspberry napoleon, I'm using the chocolate pudding I made earlier as the filling.  Other than some fresh raspberries, we just need a puff pastry sheet, which can be found in the freezer aisle of any supermarket.
You can use one sheet of puff pastry to make 4 servings of napoleon.  I am only going to use half of one puff pastry sheet to make one large serving that's big enough for two (or two adults and a child) to share.  It's important to remember that the puff pastry must be thawed so I take out what I need the night before, wrap it in plastic, and let it sit in the refrigerator overnight to thaw out.  Wrap the remaining puff pastry you're not using in plastic wrap and place it back in the box and leave in the freezer for another day. 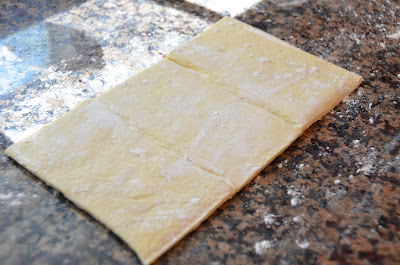 I rolled this half sheet of puff pastry out a bit to thin it out some.  Since I'm only making one, the dimensions don't have to be very exact and I can cut it to size after it's baked.  Then, poke holes all over the sheet using the tines of a fork.  This is to prevent the pastry from puffing up too much. 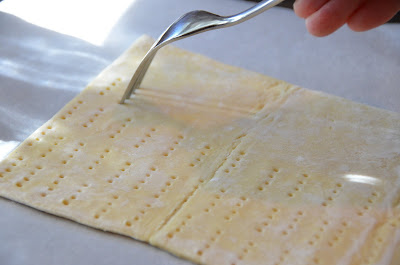 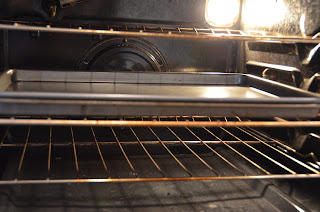 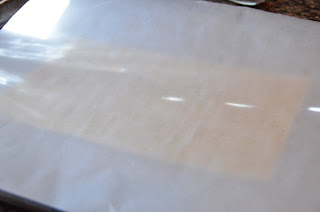 Now, remember the point about me being an amateur home baker?  Well, I make mistakes all the time and this time, I baked my puff pastry a little longer than I should have so the result was darker than I would've liked.  Luckily, it wasn't too bad and it was still tasty.  The recipe actually calls for baking the sheet about 30-40 minutes but since I was only making half a sheet (and my oven had been preheating for a quite a while), even the 30 minutes I allowed was too much.  While the puff pastry is baking, I went in about 3 times to press the top sheet down.  It's a good idea to take a peek and check in on the pastry itself early on.  Once the puff pastry is out of the oven, let it cool for about 10 minutes and then begin to assemble. 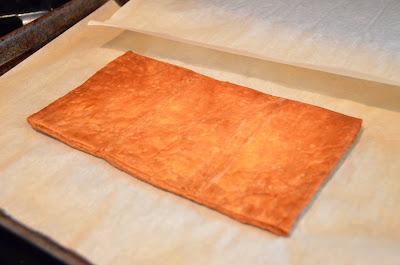 I trimmed the edges and cut 3 even rectangles.  Whisk the chocolate pudding until smooth and have the raspberries ready.  Place some pudding down on one sheet of puff pastry, add about 6 raspberries, and then some more pudding on top (the pudding acts as the "glue").  Repeat with the second layer and top with the last piece of pastry. 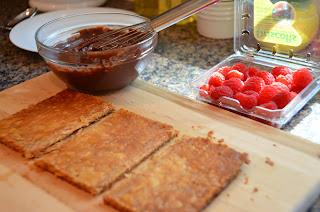 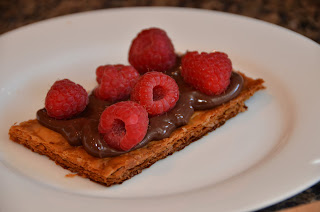 Dust the top and all around with some confectioners' sugar and add a few extra raspberries around the plate.  It's ready to eat! 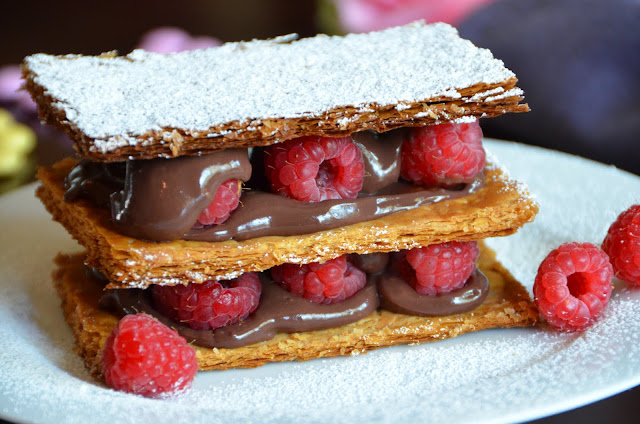 The taste-test:  My husband and I really enjoyed sharing this napoleon together.  The crisp crunch of the puff pastry is a really great contrast against the cool, smooth chocolate pudding.  And the tang from the raspberries cuts the sweetness and adds a nice element too.  Personally, I'm actually not into berries (when I was little, I'd see the other little girls with their pretty pink strawberry ice-cream and me with my brown chocolate ice-cream and I'd wish they could somehow make chocolate pink).  So use a little or more berries depending on your preference.

I hope you have a peaceful and happy Mother's Day!

You can find the recipe for this raspberry napoleon here.  This recipe uses vanilla pudding versus the chocolate one I used.

Say you don't have time or the desire to make all the components here.  You could always substitute whipped cream for the pudding (dare I say use cool whip).  Other fruit like strawberry or any type of berry you like would also be an option.  Even warming up some nutella and spreading that on the puff pastry sheet, along with some thin slices of banana, would work as well although you won't get that cool smooth contrast against the crunchy pastry.
Posted by Monica at 7:38 AM