You knew it wouldn't be long before the topic returned to chocolate.  Today, it's chocolate pudding.  There's something comforting about good old-fashioned pudding.  I ate my fair share of it growing up and it was mostly from those little plastic pudding cups.  Now I can make the homemade version for my family. 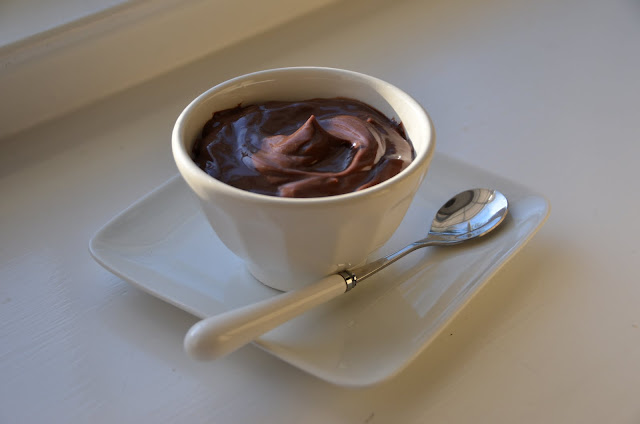 As the weather warms up (finally!), a nice cold chocolate pudding from the refrigerator makes a great afternoon treat for the kids...and adults.  A dollop of fresh whipped cream never hurts, although my son dislikes adding anything that will take away from the chocolate. 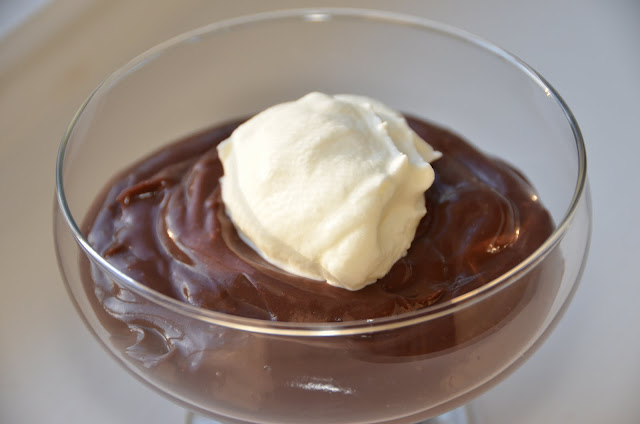 The recipe for this chocolate pudding is not too decadent, relying on cocoa powder to give it that dark chocolate flavor.  It requires about 10 minutes of whisking over the stove and the pudding should be pressed through a sieve once it's cooked.  Then, the refrigerator does the rest of the work.

The pudding gets cooked in one pot.  To start, 1/3 cup of cocoa powder, 2/3 cup of sugar, 1/4 cup of cornstarch, and a teaspoon of salt are whisk together in the pot (make sure it's not a non-stick pot since you'll be doing a lot of whisking). 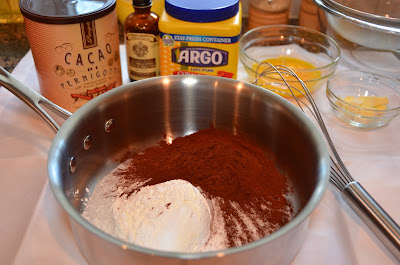 We're using 2 and 1/2 cups of milk to make the pudding.  In this case, I decided to go with whole milk for a richer, creamier result.  While using whole milk is the standard, I may opt to use 2% milk on other days.  My son actually loves a recipe I use for a light chocolate pudding pie that uses 1% milk and no egg yolks (I'll share that another day).  He tells me that this pudding is "as good as" the pudding in that pie so he certainly doesn't miss the fat.  Nonetheless, grown-ups might prefer the richer finish you get from the whole milk.
﻿

In order to incorporate everything evenly, the milk is whisked into the mixture slowly, adding a couple of tablespoons at a time and whisking constantly.  The aim is to dissolve the cornstarch and sugar and make sure it's all evenly distributed.  Once the milk is added, 4 egg yolks are whisked in to add richness to the pudding. 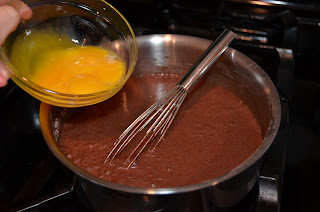 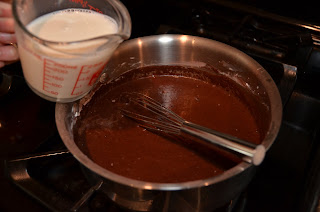 Now we turn the stove on to medium heat and start cooking this mixture.  The key is to whisk constantly.  You can't stop and answer the phone or walk away for a minute or you risk having a lumpy pudding.  Whisking constantly, the pudding should cook for about 10 minutes until it begins to boil and you start to see it bubble.  You'll see the pudding thicken significantly at this point as the cornstarch does its magic.  Reduce the heat to low once you've reached the boil and continue to whisk for 1 more minute.
﻿﻿﻿﻿
﻿﻿﻿


Remove the ﻿pudding from the heat and pour over a sieve into a bowl.  Press the pudding down and out using a rubber spatula.  You do this to capture any bits of cooked egg or lumps in the pudding. 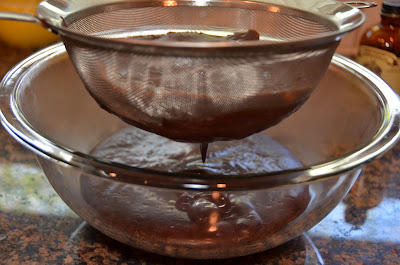 Lastly, the recipe calls for adding 2 tablespoons of butter and a teaspoon of vanilla extract.  The butter gives the pudding a nice shine as well as add another element of rich flavor.  I used only 1 tablespoon of butter in this case and I occasionally omit it altogether. 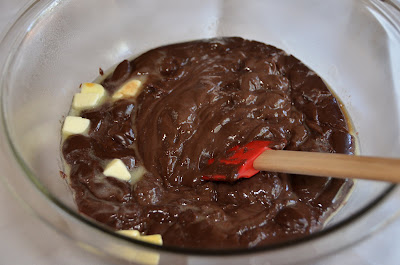 Stir in the butter and vanilla and cover the pudding with plastic wrap to chill for a minimum of 3 hours so it can cool and really set up.  Press the plastic wrap down so it's touching the surface of the pudding in order to prevent any skin or film from forming on top.  The pudding can be kept in the refrigerator for up to 3 days.  I've separated my pudding into 2 bowls.  I'm reserving the smaller bowl for another little treat I'll be making. 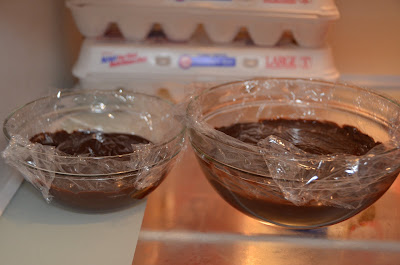 Before serving, you want to whisk the pudding until it's smooth.  For an optional topping, I made some whipped cream by whisking about a quarter cup of heavy cream with a teaspoon or so of sugar. 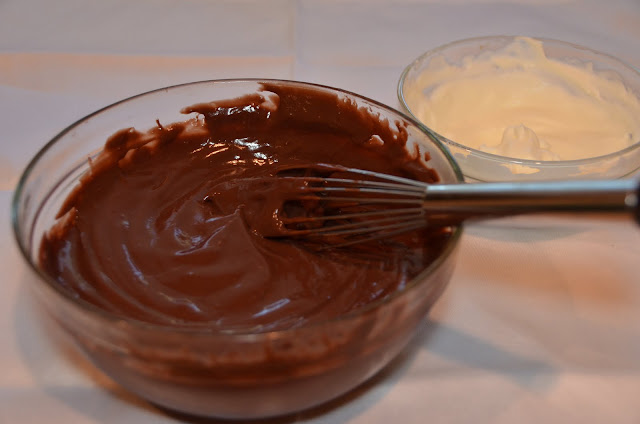 The chocolate pudding is ready to be enjoyed. 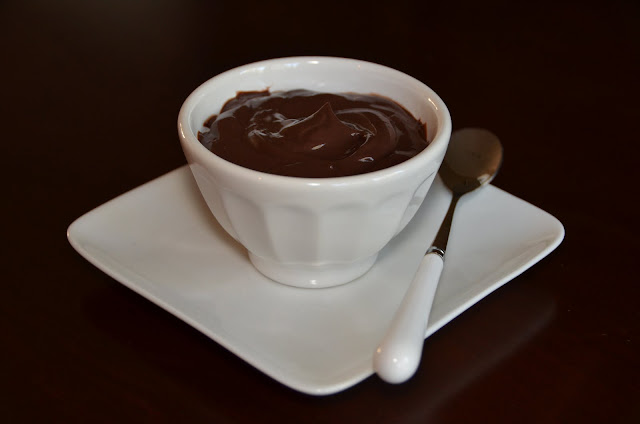 The recipe:
The recipe I used for this chocolate can be found on the Martha Stewart website.  To make a plain vanilla pudding, simply omit the cocoa powder.  I used whole milk in this recipe and 1 tablespoon of butter rather than two.
Posted by Monica at 7:03 AM