I love weekend breakfast/brunch so it's always fun to try new recipes to serve up for that first meal of the day.  But that said, I have to tell you...I would have made these pancrepes simply so I could say the word, "pancrepes" over and over again.  What a great name! 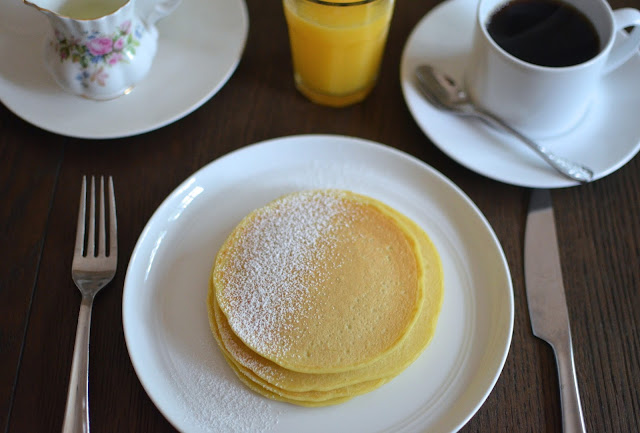 I spotted this recipe from Ayesha Curry's cookbook.  Whenever I pick up a new cookbook, I gravitate towards the dessert and the breakfast sections first.  The title of this recipe - pancrepes - got my attention and made me smile.   I don't know how many other pancrepe recipes there are out there but this one apparently happened with Ayesha Curry left the baking powder out of a pancake recipe and enjoyed the result.

And basically, this is a pancake recipe without the leavening.  I was tempted to make a few changes - i.e., use butter instead of olive oil, sugar instead of honey, and vanilla extract instead of almond - but in the end, I figure I'd try the recipe exactly as written. 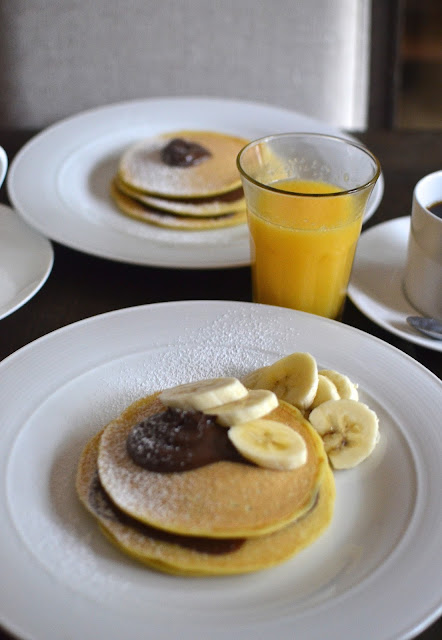 So I made a small batch a couple of weekends ago to try with my family; it was fun announcing we were going to have pancrepes for breakfast over and over again, and we were curious to try it.  And the result was interesting...the pancrepes are very much a denser, thinner version of pancakes (though thicker than crepes).  Texturally, it's chewy.  In a way, it reminded me somewhat of Asian-style glutinous desserts because of that chew.  If you like that kind of chewy, dense texture, you'd likely find it oddly addicting like I did.  But if you are looking for moist, fluffy, feather-like pancakes in thinner form, this is not that and I think it's important to have realistic expectations.

Ayesha Curry serves up her pancrepes with a raspberry sauce and granola.  When I think crepes, I think chocolate-hazelnut spread and bananas so that's how I choose to serve my pancrepes at home.  I don't think maple syrup would be enough here in the sense that these heftier pancrepes need a heartier pairing.  My sister recently brought me a jar of Venchi chocolate-hazelnut spread from her summer trip to Italy and this was a perfect opportunity to pop it open. 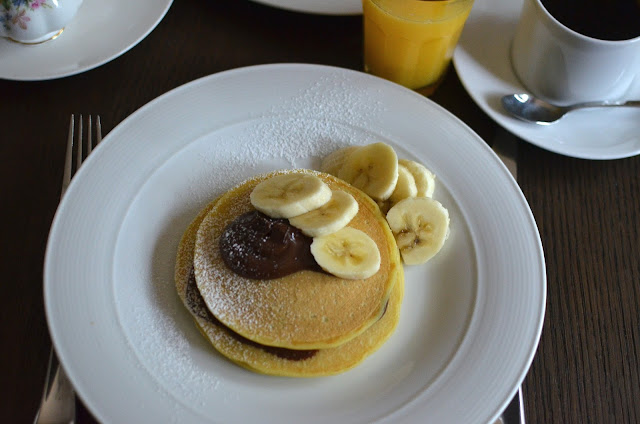 These were described as not only being a textural mix between pancakes and crepes but like the bottom part of a Dutch baby.  I admit that got me excited because I make a Dutch baby pancake for breakfast about every other weekend; it's one of one of our favorite things!  After making these pancrepes though, I'd have to say that a Dutch baby bottom is far more moist and custardy than these, which are more dense and chewy. My family and I kept saying "okay...it's good; we like it..." without a strong sense of commitment though everyone cleaned their plates.  Ultimately, I think we enjoyed these as a fun change.  And more importantly, I got to say pancrepes over and over again like I wanted to.  I still think it's a genius name! 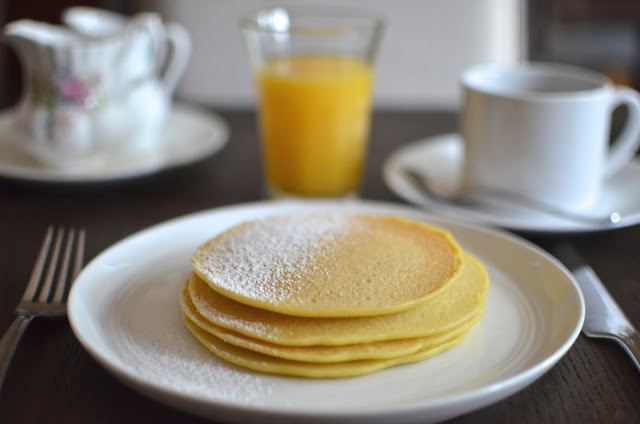 For anyone who wants to say pancrepes over and over again like I did, here's the recipe so you can do the same.  It's half the original, which makes about 6 pancrepes. I kept it simple by serving it with sliced bananas and chocolate-hazelnut spread - two things you hopefully already have on hand. 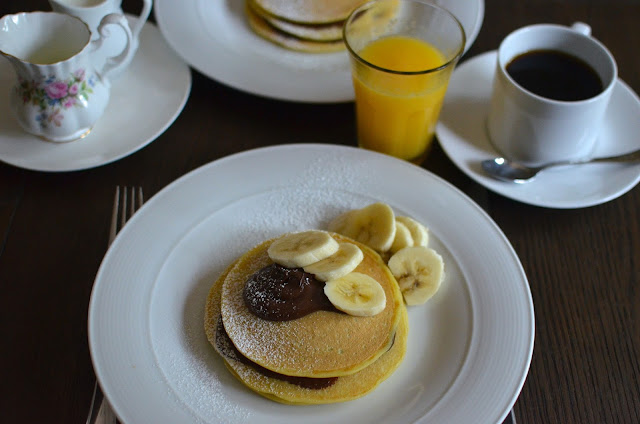 Pancrepes
Adapted from The Seasoned Life by Ayesha Curry

If necessary to keep pancrepes warm, preheat oven to 175 degrees and place a plate in the oven to hold them before serving.

In a bowl, lightly beat the eggs.  Whisk in the flour, salt, milk, oil, honey, and almond extract until smooth though a few lumps are fine.

Heat a large non-stick skillet or griddle over medium to medium-high heat and lightly grease with cooking spray.  Working in batches, pour batter into the pan to make approximately 5-inch rounds.  Cook for about 2 minutes on each side.  If not serving immediately, transfer pancrepes to the plate and place in the oven to keep warm. Serve with sliced bananas, chocolate-hazelnut spread, and a dusting of powdered sugar, if desired.