Summer is "unofficially" here and we've been firing up the grill and enjoying the outdoor space (after a very thorough cleaning by my other half).  The thing I love about grilling is working together with my husband.  I get to be the sous-chef; I usually do the prepping and he takes care of everything else.  One thing I've learned is to keep things simple in order to encourage more spontaneous cookouts.  We usually grill plenty of vegetables to toss with greens and then pick a meat to go alongside. 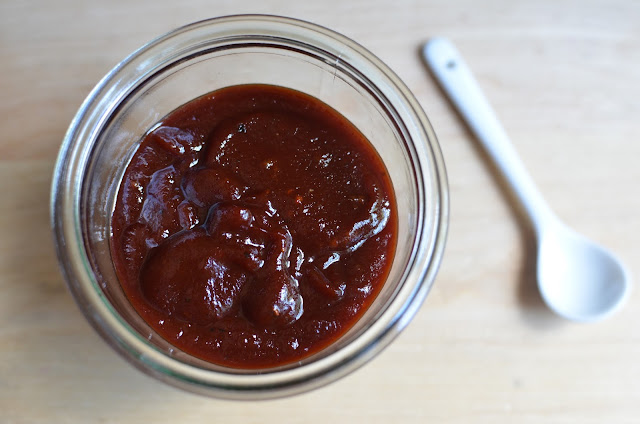 As you can imagine, we often grill chicken.  I've learned that just a simple rub with curry powder or a marinade in teriyaki sauce makes for some quick and tasty grilled chicken.  Recently, we've been cooking up some barbecue chicken, which is where this simple, basic pantry barbecue sauce enters the story.

Do you make your own barbecue sauce?  I haven't until now.  Since I don't use it very often, I was satisfied with an Archer Farms barbecue sauce I'd been buying from Target.  Problem came when this particular sauce was discontinued.  I had no idea what to get and one day, about 6 months ago, I took a random stab and bought a similar-looking barbecue sauce for a slow-cooker pulled pork recipe I was making for the first time.  The pulled pork turned out great but the barbecue sauce nearly ruined it because it was so spicy!  I admit the word "cayenne" might have been mentioned on the bottle but, silly me, I didn't expect store-bought bbq sauce to actually be spicy! I had to douse the thing with extra brown sugar and honey and mix it with other things to tame it.  Luckily, I managed and the pulled pork was saved but I learned that I'd better look into a good barbecue sauce alternative. 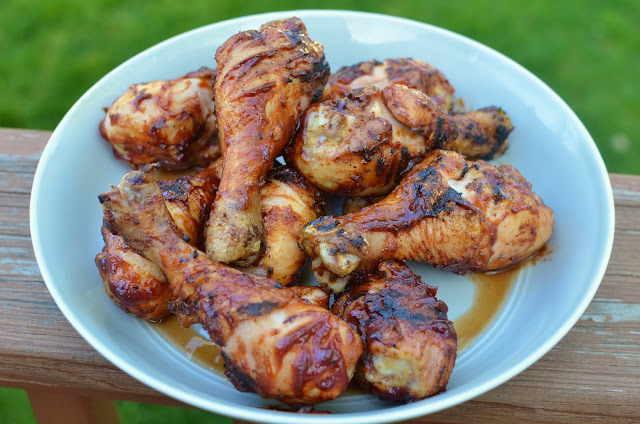 So I was watching one of Rachael Ray's shows a while back and found her talking about her basic base barbecue sauce and ways to enhance it from there.  It was just what I needed so I saved the recipe to give it a try.  I went with the simple pantry route - making this barbecue sauce with: organic ketchup, dark brown sugar, maple syrup, cider vinegar, Worchestershire sauce, ground pepper, garlic, and opting for a familiar smokiness, a little smoked paprika.

The end result is a simple, good, barbecue sauce that's just a bit sweet, a bit tart, and a bit smoky.  Nothing earth-shattering but a very "clean" barbecue sauce where you can taste all the flavors going on.  It's a great base to build from if you're more adventurous and looking for more complex flavors. You can strike up the spice factor with cayenne or chili powder or make Rachael's bourbon version starting with this base and adding dijon mustard, orange juice, and bourbon. 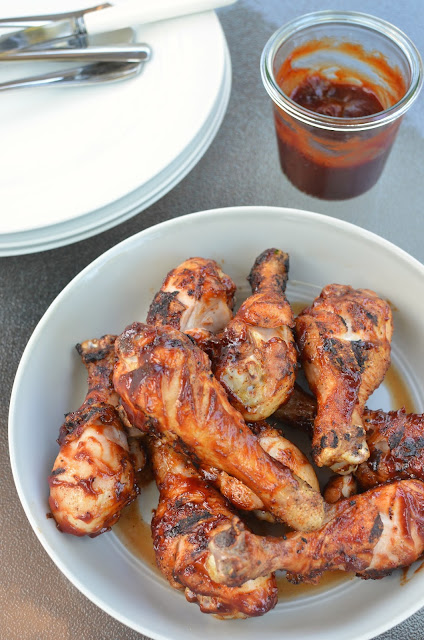 For now, I'm content to stick with this simple pantry barbecue sauce this summer.


Making this basic barbecue sauce takes mostly pantry ingredients and about 20 minutes over the stovetop as you cook the ingredients together.  I would say the only "hassle" is the spatter.  You know how it is when you cook tomato sauce and it splatters once it comes to a boil (interesting article from The Kitchn about that), and you can expect the same here.  Covering it with a lid isn't really an option since you want to let the barbecue sauce cook down and thicken. 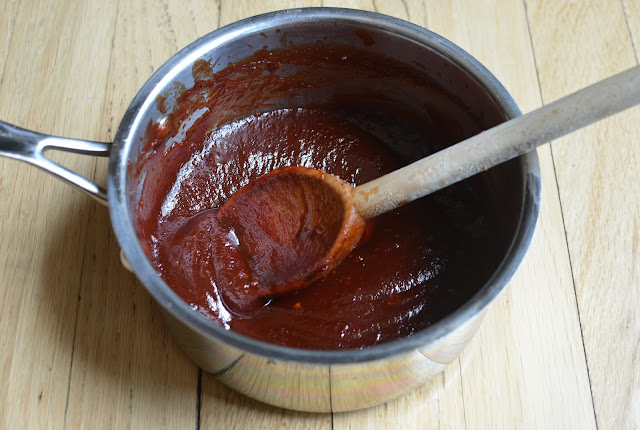 I simply stir often and resign myself to a little mess that I can quickly wipe clean after the sauce is done.  Once made, I cooled it down and stored it in a glass container.  I didn't keep this first batch of sauce for more than a couple of days in the fridge since we used it up quickly.  Since there is fresh garlic in this recipe, I probably wouldn't keep it in the fridge longer than a week or two.  If you'd like to keep it longer, consider using garlic powder instead of fresh.

We used the inaugural batch of sauce to grill chicken drumsticks and then some legs on another day over Memorial Day weekend. 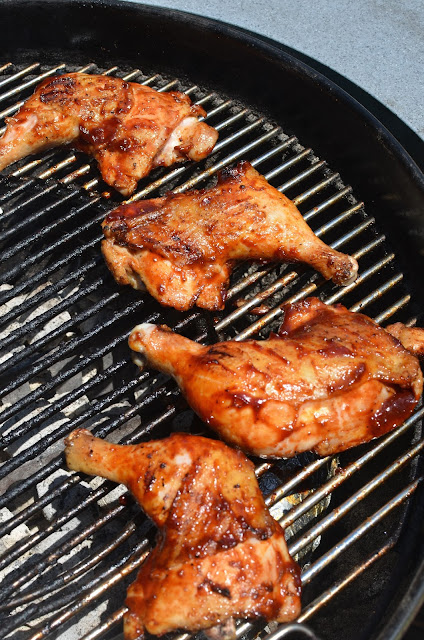 My husband starts applying the barbecue sauce to the chicken (which I've rubbed with a bunch of spices) about 5-10 minutes before the chicken is done so as not to burn the sauce.  They were finger-licking good! 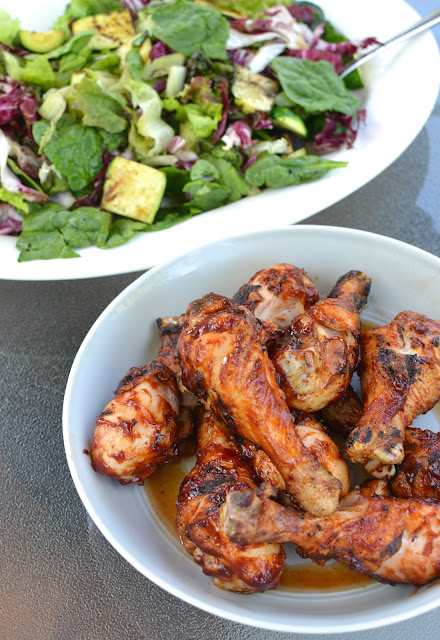 Here's to plenty of sunshine and good weather for cookouts and happy living this summer!

Place all the ingredients in a small pot and cook, uncovered, over medium-low heat. The mixture will bubble as it cooks.  Stir occasionally and cook until thickened and flavors are combined, 15-20 minutes.