Somehow, we're well into August and summer break will be over before we know it.  It's been a busy - but very productive - summer for us but I'm looking forward to a slower pace in the next few weeks.  We just got back from a very relaxing vacation in Turks & Caicos.  It takes some adjustment to come back from paradise but it's always good to be home! 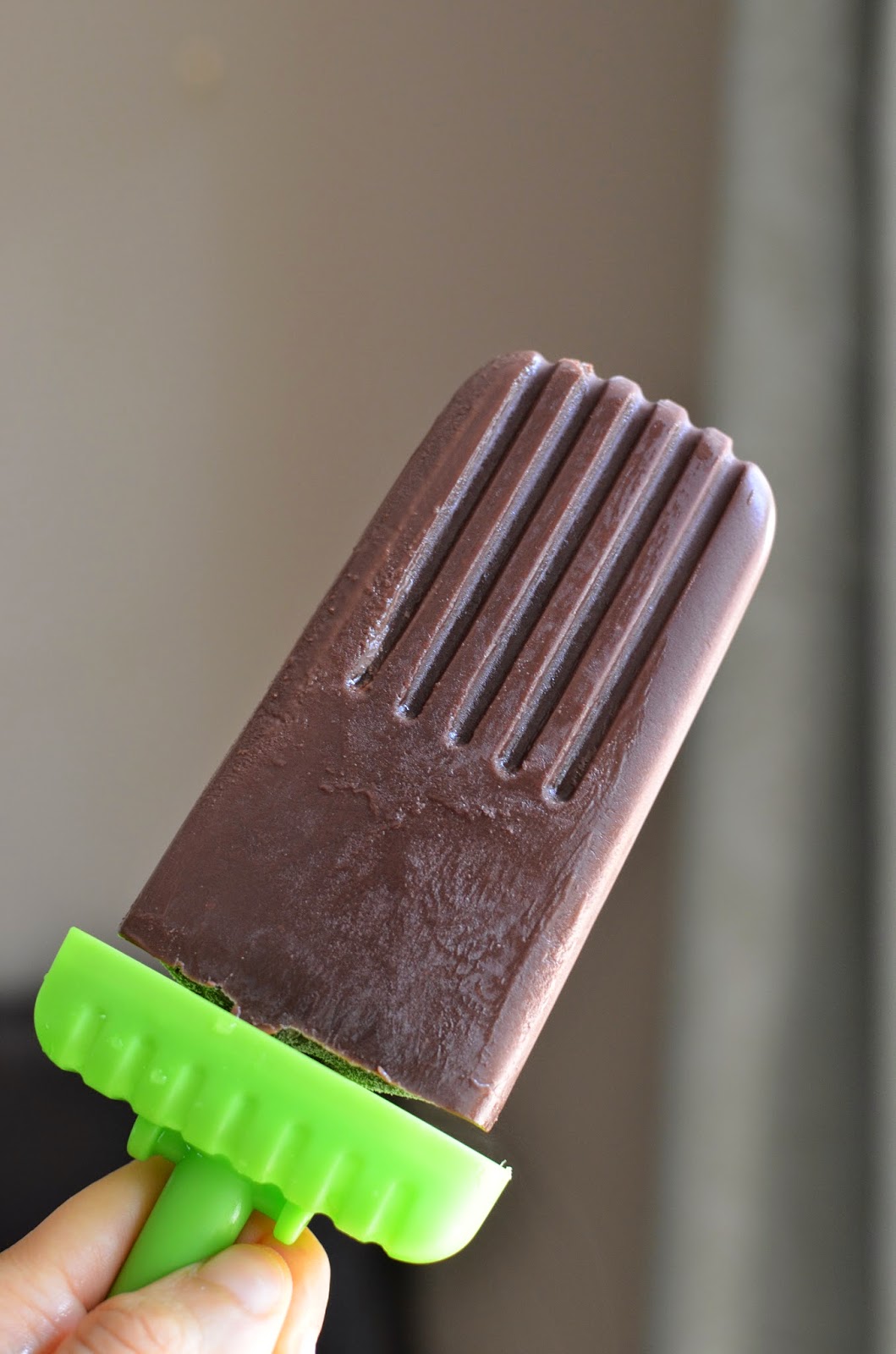 I've made fudge pops before and, to be honest, I'm not altogether sure if there's a difference between "fudge pops" and "chocolate pudding pops" when you hear those terms being used.  The two recipes I've now tried are a bit different but I think we tend to use the two names interchangeably.  Anyone care to enlighten me?

Anyway, maybe it's the magic of working with your child but all I can say is these were the best chocolate pudding pops I've had and helped to make.  I decided on a simple recipe from Cooking Light, which calls for low-fat milk, a good dose of cocoa, and some bittersweet chocolate.  A touch of cornstarch and an egg yolk give it some more body.  The result is a creamy yet icy popsicle filled with deep chocolate flavor. 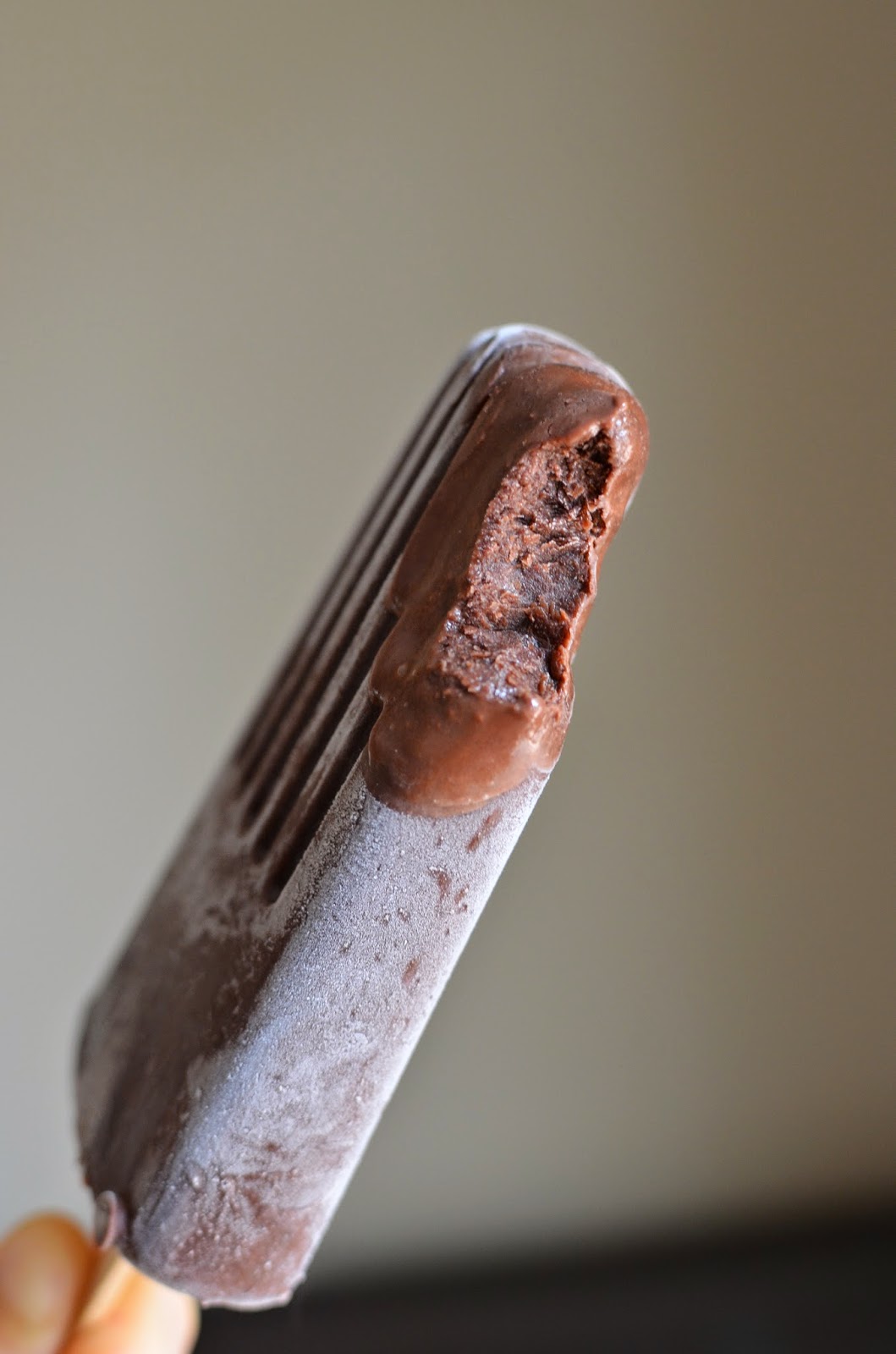 My young "chef" was pleasantly surprised by how good his popsicles were.  I think he was a little worried and skeptical after having a taste of pure unsweetened cocoa (he asked to try it so I let him!).  But once these pudding pops were done and he sunk his teeth into it, he resoundingly approved and wanted two popsicles in one sitting!  This batch of popsicles went quickly.

My husband and I were swooning a bit over these simple pudding pops ourselves.  While it's entirely possible that our response had something to do with the fact that they were made by a very special fella, I think you'd agree they're better than any chocolate pudding pops you'd buy at the grocery store.

This is the first time this year that I'm putting our popsicle molds to use and I'm sure glad we did. These chocolate pudding pops are fun to make with your child.  And if your child is old enough (like mine, at 9), he can practically do all the work! 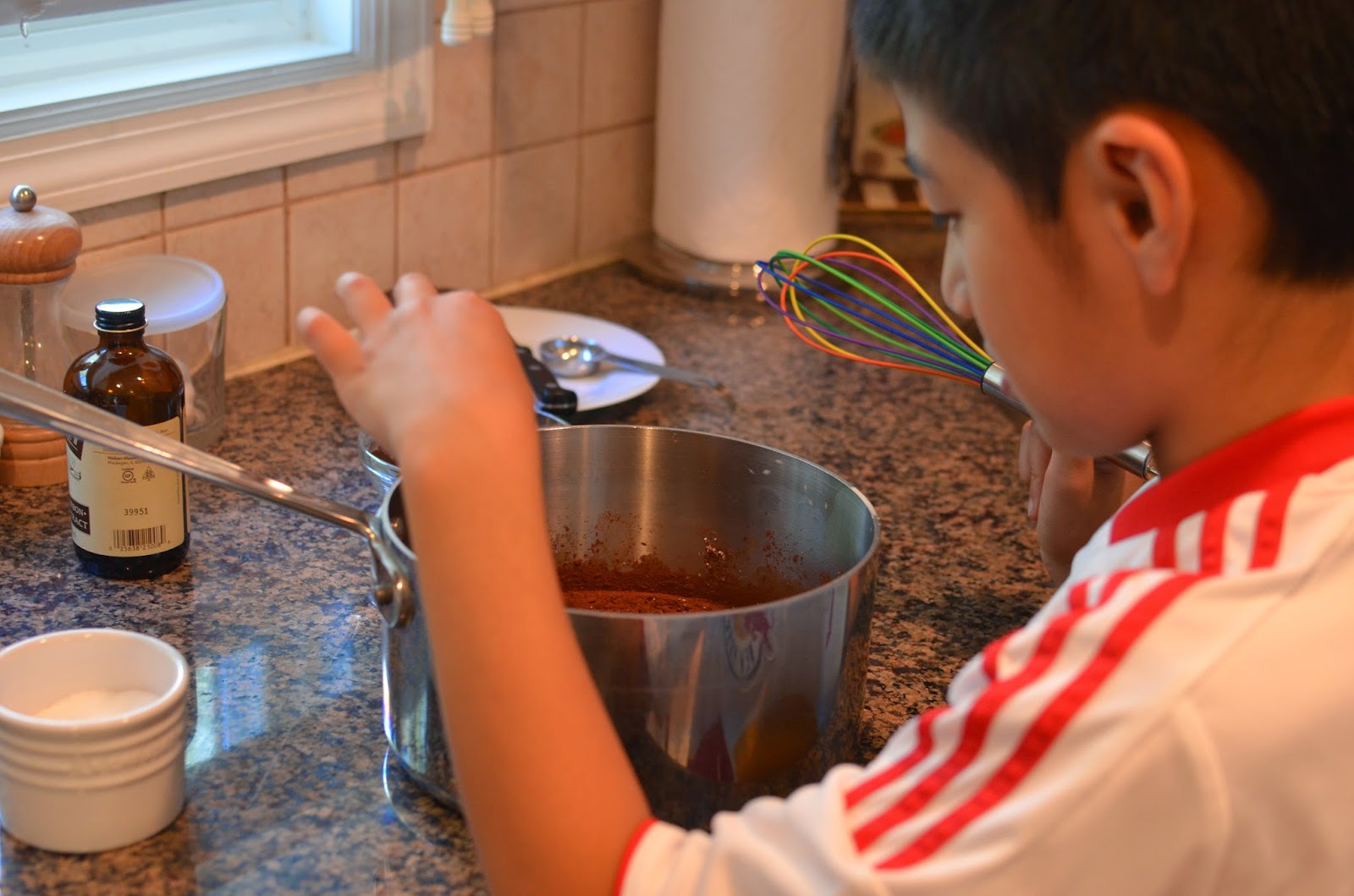 And the funny thing is, once they get into the kitchen, they want to do it all from measuring out the sugar and cocoa all by themselves to pouring in the milk and stirring everything together.

Once the ingredients are mixed together, the pudding needs to cook on the stove, whisking constantly, for about 8 minutes.  My son did the entire cooking/whisking process (with my supervision...i.e., hovering).  That's pretty impressive for a kid who typically can't wait to get back to some game or finish playing and whatnot.  He got to see how the texture changed as the pudding started to bubble and thicken.  Plus, he got to taste how some sugar and other ingredients transformed that bitter unsweetened cocoa into something entirely different!
So you see...I hardly had to do much work beyond coming up with the idea and taking care of the setup (okay, and cleanup).  What a treat this was - both the actual popsicles themselves and the time in the kitchen with the little one! 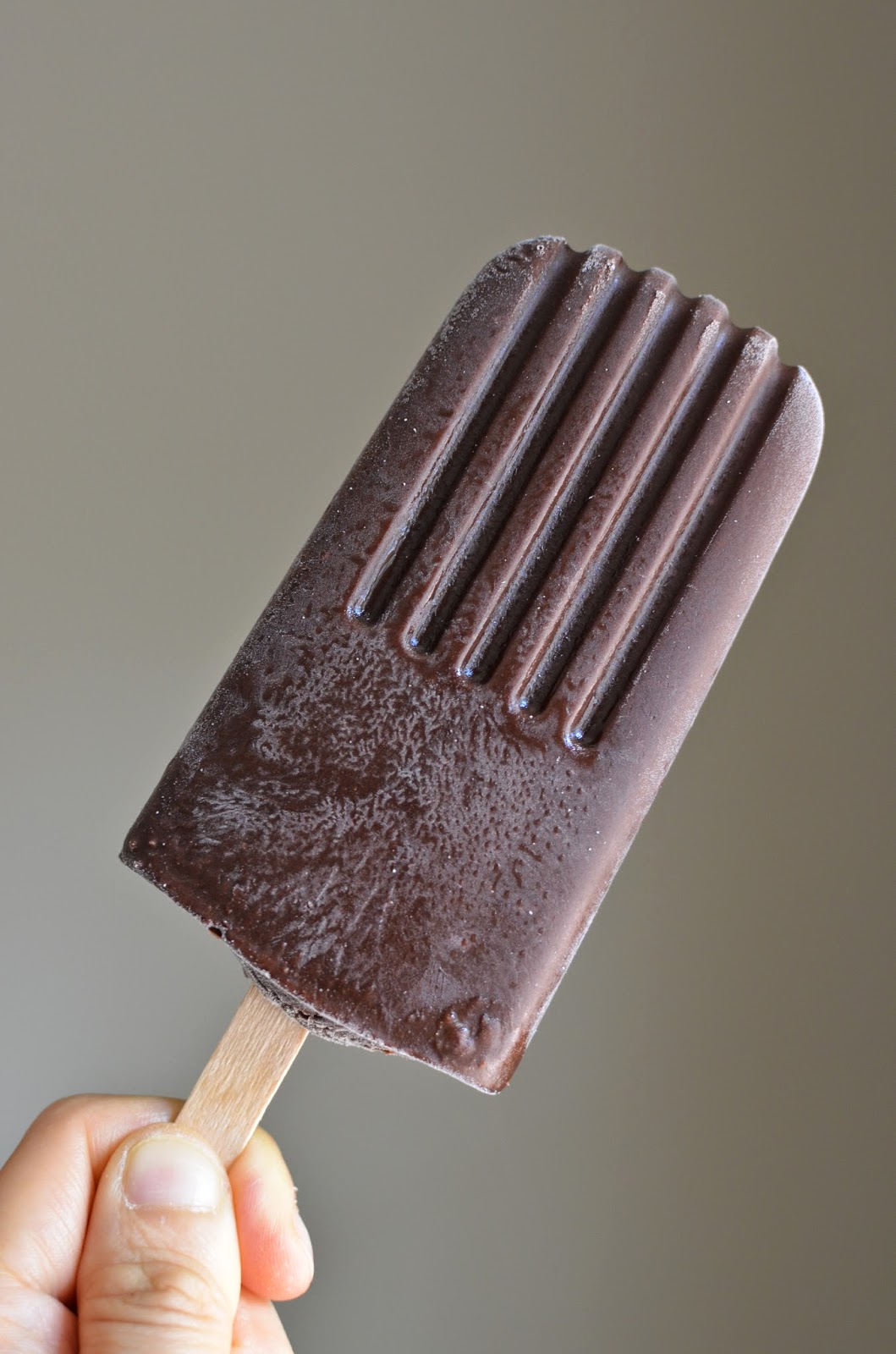 As I mentioned, we just got back from Turks & Caicos and I can't resist dropping off a few pictures here.  After all, there's no shortage of photos since my husband must have taken at least a thousand (he is the eager photographer in our house)!

In short, it was just thoroughly relaxing.  We basked in the sun, (some of us) drank copious amounts of pina coladas, and lingered over many meals while enjoying views like this one... 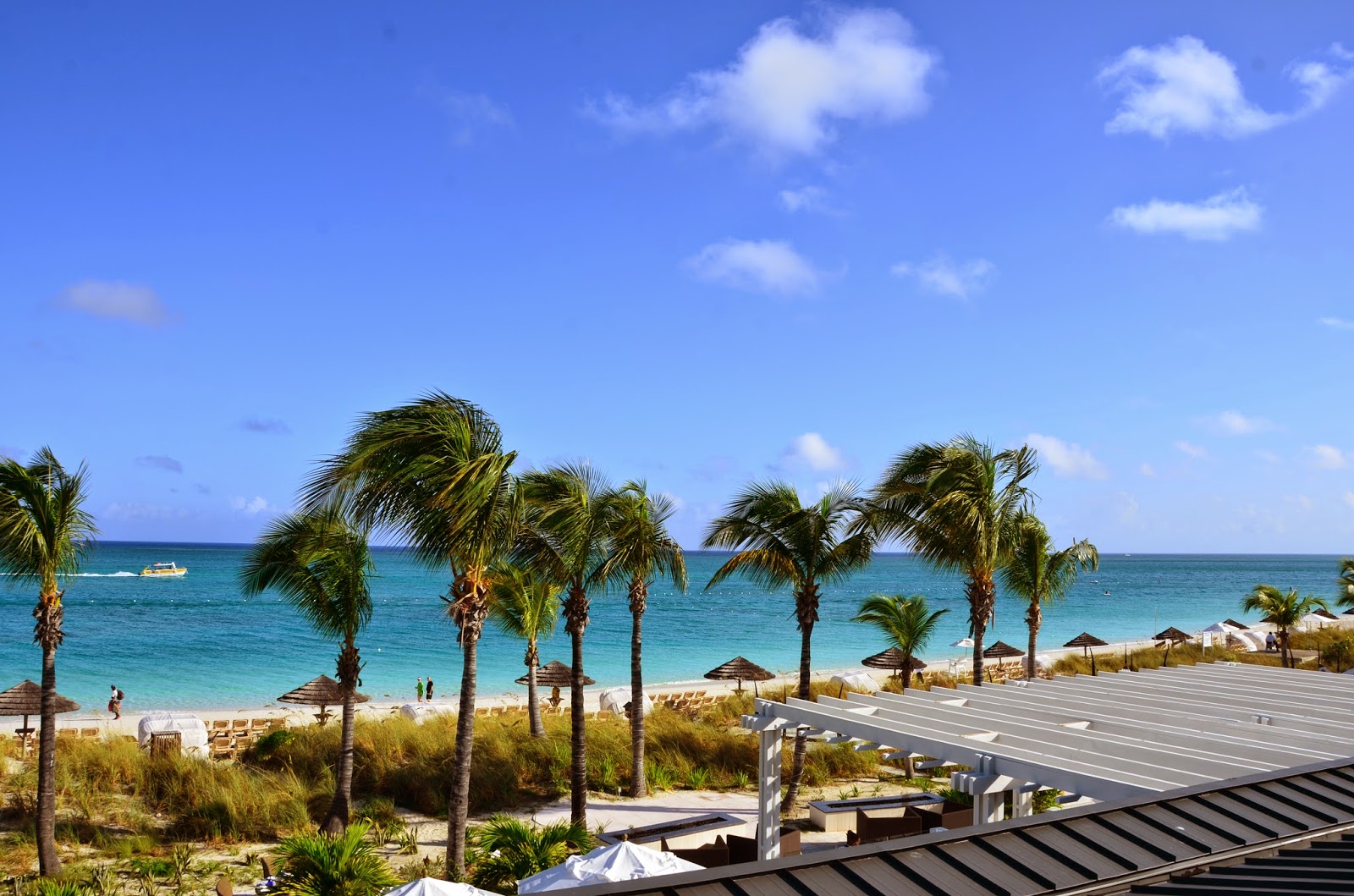 ...most of all, we simply spent hours hanging and looking out on magnificent Grace Bay beach... 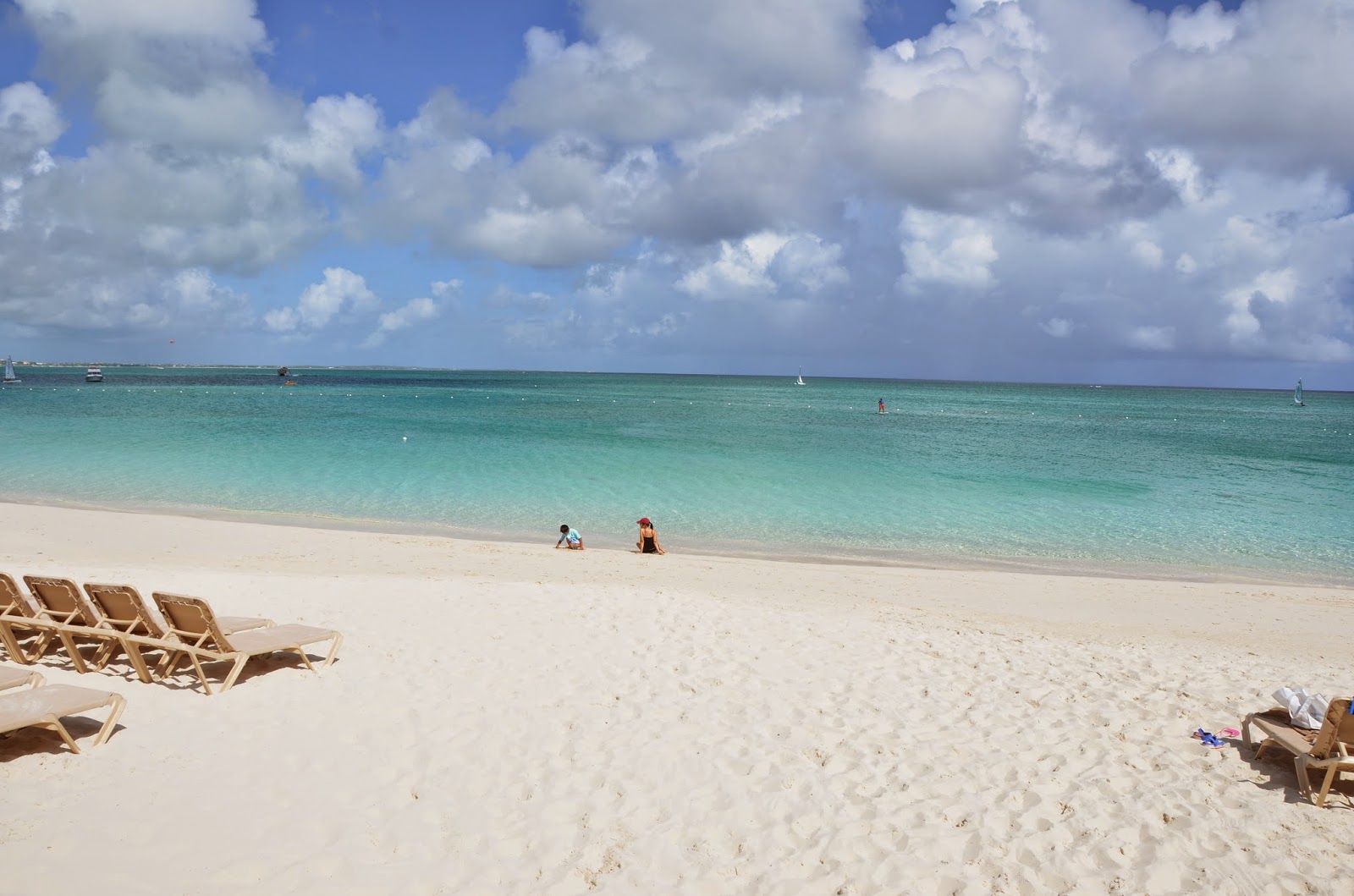 Vacation is always a treat and it always makes me grateful for home as well.  My son is eager to tear into the one remaining chocolate pudding pop left in our freezer and I'm ready to get back in the kitchen.  It may be back to reality and chores but I'm not complaining!  Hope you're having a great summer!

Off heat, stir in vanilla and chocolate until chocolate is melted and mixture is smooth.  Scrape mixture into a bowl and press a piece of plastic wrap directly on the surface of the pudding to prevent a skin from forming.  Let cool completely.  (I placed the bowl into the refrigerator for a couple of hours; you could also set the bowl over another bowl filled with ice as per the recipe.)

Once cooled, divide mixture among six popsicle molds and freeze for at least 4 hours or until thoroughly solid.  Remove the popsicles by running the outside of the molds under warm water for a few seconds.  Wrap each with plastic wrap and place them into a freezer bag; store in the freezer to enjoy at your leisure.