Last mother's day, we had dinner at a nearby Italian restaurant.  For dessert, a special chocolate panna cotta was on the menu.  Panna cotta means cooked cream, which basically sums up this Italian custard.  Usually, it's plain, infused with vanilla.  We saw chocolate and had to try it.  It was really delicious...smooth and creamy, chocolaty, rich but not too heavy.  My husband was a big fan of it.

That chocolate panna cotta has stayed in the back of our mind.  The restaurant doesn't offer the chocolate version on a regular basis so we can't just go back and order it.  So almost a year later, I came across a similar dish on a cooking show (surprise, I was watching a cooking show!) and thought I would change it up a little and give it a try.

Not everything in the kitchen comes out a knock-out hit and I am very critical about what I make.  Some things become favorites and we make it over and over again but there are plenty of other experiments that fall short or need some tweaking.  I have to admit this panna cotta was good but it fell short of that velvety chocolate goodness we had at that restaurant.  Regardless, I thought I'd show you and see what you think.  Maybe someone out there has a good chocolate panna cotta recipe to share with me... 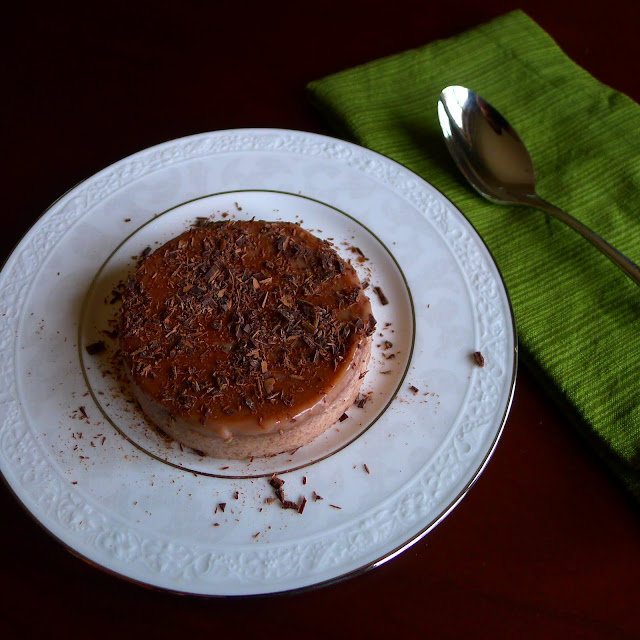 First, I chopped some semi-sweet chocolate that gets melted with a hot mixture of half cream and whole milk.  I've seen different versions of this recipe, with some using all cream or another ratio of cream to milk.  I like this idea of going half and half since it is a bit less indulgent.  This recipe was originally for mocha panna cotta, using a generous amount of instant espresso powder.  I used just a nominal amount since I wanted to stick with a chocolate, rather than mocha, flavor. 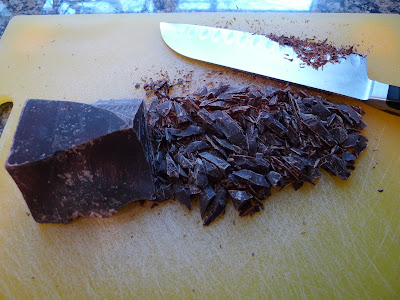 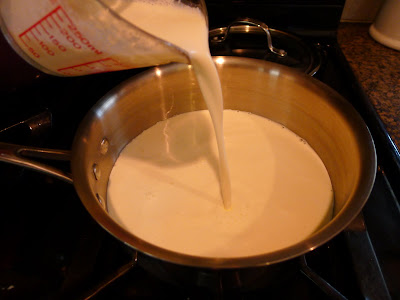 You need a packet of plain gelatin to set the mixture into a custard that we can turn out onto a plate. 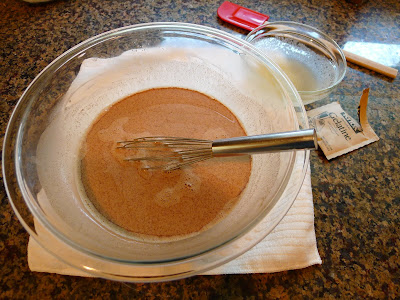 Place it into small ramekins and refrigerate for a few hours before flipping them over and removing them.  Desserts like these are great because you can make it in advance and keep it in the refrigerator for a few days. 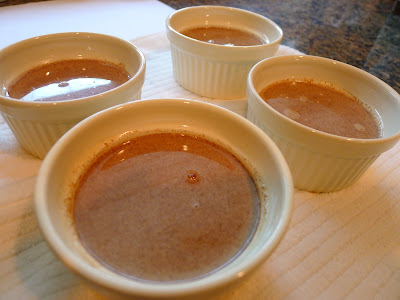 The result was creamy but next time, I think I'll increase the amount of chocolate in the recipe.  I don't know how that restaurant achieved that rich, even chocolate-ness throughout the custard.  I'm guessing they used more cream and chocolate.  Maybe the best thing to do short of begging them to put it on their menu regularly is to go back on Mother's Day. 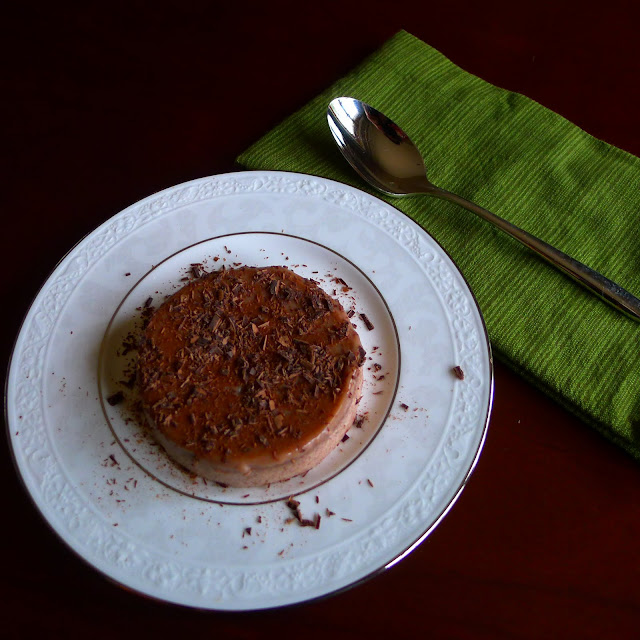 This recipe, which I reduced by half, is for mocha panna cotta.  Since I was going for chocolate flavor, I cut down the amount of espresso powder I used to 1/2 teaspoon (or it can be omitted altogether).  Next time, I would increase the amount of chocolate from about 3 ounces for half the recipe to closer to 5-6 ounces.  Or maybe just follow the recipe as written and try mocha panna cotta.
Posted by Monica at 7:08 AM